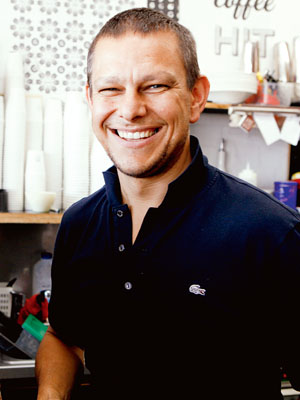 It’s 1999, and Oscar Freire of Spain and Edita Pucinskaite of Lithuania win the Men’s and Women’s World Road Race Championships respectively, and Mario Cipollini wins four Tour de France stages in a row. It’s also the year SKCC is born…Along Beach road and many other parts of Melbourne, and indeed around the world, you will see the iconic SKCC kit. To wear one defines you as a member of the largest cycling club in Australia, along with the largest women’s membership of any club in the country!MT (Paddles) was privileged to speak with Zeth Romanis, one of the founding fathers of our club, and the inaugural club president.

MT: How did SKCC start
ZR:
A group of Melbourne cyclists wanted to start a cycling club. One of those cyclists was Zeth Romanis, who rode with a bunch of mates and wanted to start up a Café-Bar type store that only sold high end, bespoke bicycles; European or Australian built bikes such as the Colnagos and Baum’s with Campag or Dura-Ace that we know today.
“We had thought about building up a clothing range as well so the idea was to build a complete cycling lifestyle concept, a complete cycling package.  Rapha then came along a few years later and we didn’t have the financial resources they had available, we felt that we were more passion driven than dollar driven, so didn’t want to compete at that level. It was about looking a million dollars on your bike riding with us. We wanted an inclusive exclusivity.  Come and ride with us and it might only be at 22km/hr but you’ll look the goods. We all knew we could ride fast, we just didn’t need to.
It was about the total cycling experience. We wanted to capture that essence.

So that’s how SKCC was born; In 1999 the club became officially incorporated holding committee meetings at The Stoke House and Café Racer-at the time when it was owned by Danny Colls. Even back in its early days, there was a push to ensure that the Club involved and encouraged female participation as an important component of the sport; we saw that as an important area of growth, as was Junior development.”

I’m really “old school” I don’t tweet, no facebook, I recognized the importance of these communication platforms and the need to keep the committee “ fresh”, so it was time to hand the reigns over after one year as the inaugurally elected President of the Club yet continue to help out on the committee and AGM’s.
The Club tended to naturally draw a highly  skilled/professional demographic; those skills can be utilized to keep the input into the committee at the forefront of the Club’s continued development and success.

ZR:
We thought “let’s make a club kit that’s a ‘pro’ kit, that people will look at and say  ‘I want that Kit’  We were the Latte riders in a top kit. It was interesting to then see over the course of the next few years, how other Cycling Clubs evolved in the design of their kits. That’s where cycling in Australia definitely changed… everything really sharpened up. 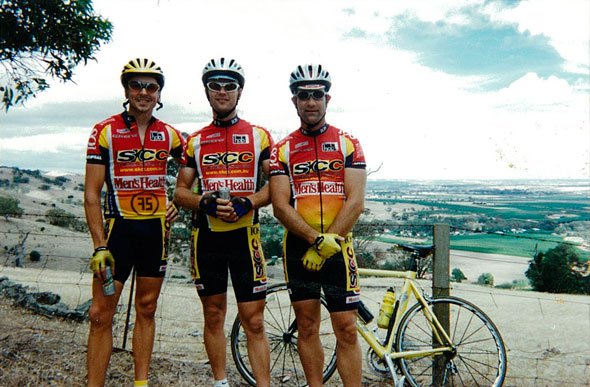 MT: So tell us more about how you have seen Cycling evolve.
ZR:
It has definitely moved away from a ‘working roots’ sports into now what is often coined the “ new Golf” . There is also a clear heirachy on the road according to strength and ability but having said that, what other sport is there where you can ride with a World Champion? You can’t swim with Michael Phelps, you can’t run with a Kenyan marathon runner ( well not for long anyway). You can’t play tennis with Roger Federer or play football with the AFL players. It’s one of the beautiful aspects of cycling that I love. That’s what attracts a lot of people. It’s also a lot more accessible for people to get involved in. More money has flowed into its development. Particularly in Melbourne it’s helped drive a cycling community – a very different one to the European community which I hope we maintain. Let’s embrace it as our own cycling community. I hope cyclists  appreciate what we have here in Melbourne, we are very lucky to have all the bike paths we do, and great roads to ride on. 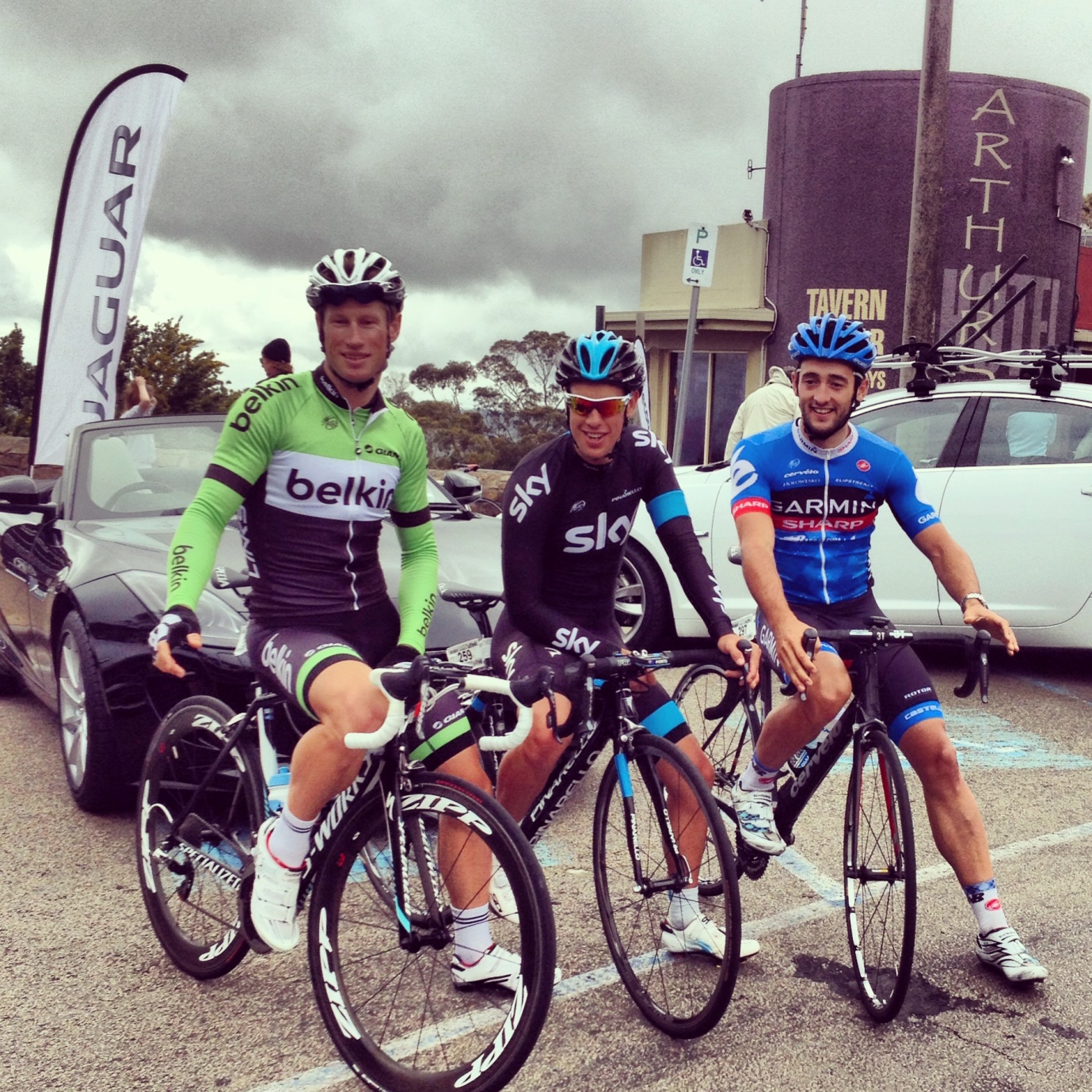 Progressive changes  have been great for the sport’s improvement.

The ease of buying high end tech bikes doesn’t necessarily suit the level of the rider though. Probably losing a couple of kg , seat positioning or a good bike-fit will give you far more gains than a feather-light, high end bike will. Disc brakes are amazing, it will be interesting to see how they are taken up in the pro peloton. They do introduce some logistical issues from a pro-racing perspective; differing disc sizes? Spares needing to be more specific at the pro level?  It’s not unlike clipless pedals when they first became available; they made cycling so much more  comfortable and enhanced the riding experience.

MT: What bikes do you have?
ZR:
I run a Time with Campag, 4 yrs old ,Tomassini titanium, Merckx MX Leader, C50,  Scappin Track bike. I want a bike that I can jump on and ride all day on and be comfortable;  I’m a bike snob…. and happy to pay to be bike snob ( unlike Hollywood) . All my bikes are hand built in Europe. I was riding in a bunch the other day and noted that I was the only one riding a European bike and the only person with Campag. I am also a strong advocate of supporting the Local Bike Shop. No matter what bike you ride, ride one that you love- that is so important. My favourite is probably the Tomassini, there are probably only a few of them here in Australia. ( No pics available)

MT: Velominati…do you follow The rules or make your own?

ZR:
They got close to getting it right but I recall all the old Pro’s used to have black seats and white bar tape..white bar tape looks ‘pro’.

MT: Whose wheel would you most like to follow?
ZR:
Marcel Lema, a local rider, all the old pro’s from 15-20 yrs ago. In Aus cycling- have a look at the O2 Racing team who have had Professional experience and how they can move through the Peloton so easily, quickly and safely. Jamie Kelly ( Aussie), really safe. Current Pro’s?  Gerrans!  ( but I’m biased, he’s a mate). Love Sagan.. because he wants to “race”. Would love to see racing without radios- no data, just pure “racing”. Shaun Kelly, Fignon are other riders that come to mind as well. 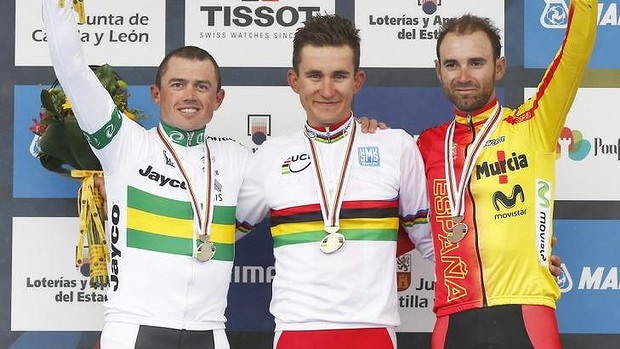 Simon Gerrans on the Podium-2nd in the Men’s Road Race World Championships 2014 (Photo SMH) …Not a bad wheel to follow.

MT Where do you see Cycling going?
ZR:
At the grass roots level it needs further growth to allow racing to ‘come to the people’. People want to see local road racing as a public spectacle. We need more summer road racing events, but we need local council, government co-operation regarding road management to make it work. Get the crowds along at a local level; we are seeing some of that. It will continue to grow, as will the commuter type rider-I love seeing women dressed for work riding on their commuter bikes.. so many more are riding, it’s great.

MT:What is something people probably don’t know about you?
ZR:
Hell Ride in its early days-boom gates might have been lifted up and down. Going past that Police Officer on a motor bike who then jumped in front of us-getting squirted with water…The first cowbell at The Nationals  (Matty Keenan might remember that one)-that might have been me. 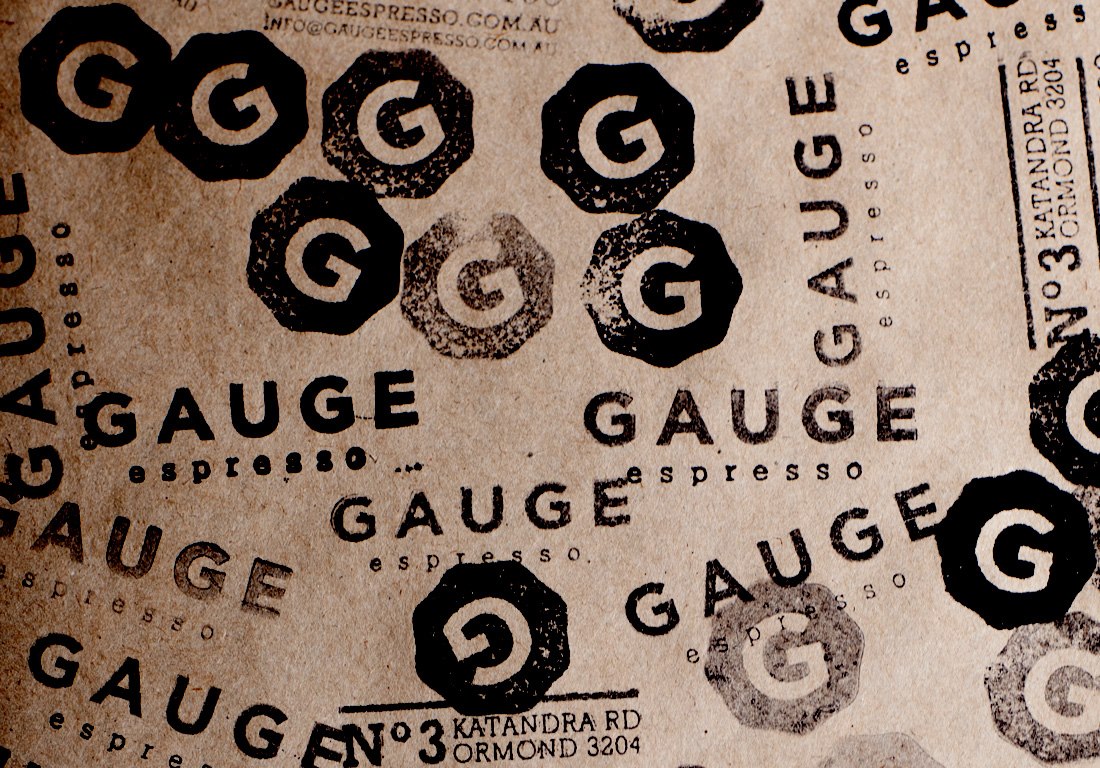 Where you’ll find Zeth these days, working hard to keep you topped up with caffeine.