Women’s Race Teams – the history 4 May 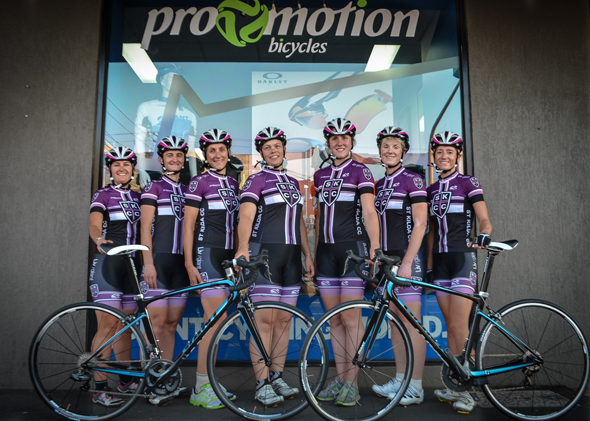 SKCC WOMEN’S RACE TEAM – the history
Between 2009-2013 SKCC fielded a women’s race team. The initiative was launched as it became apparent that there were few team opportunities for women outside of the NRS structure.

In around October of each year, the Women’s Sub-Committee would ask for expressions of interest for the following years SKCC Women’s Race Team. This team was a vital component of the activities undertaken to support the Women’s Sub Committee mission to “Encourage, support and provide opportunities for women of all ages and abilities to reach their cycling goals”.

The format of the team and numbers changed from year to year and was ever evolving. EG: In 2012 the nine available places were a mixture of development and masters plus a handful of women lifting their cycling to the next level by competing in the NRS & Nationals. All bases were covered !

In the five years the SKCC Women’s Race team were in existence they were generously supported by a variety of sponsors.

By 2014 the face of women’s cycling had changed considerably with more women’s teams available, and the more established and well funded teams offering development places within their structure.

With this in mind SKCC made the decision not to continue with this ground breaking initiative. As a club we no longer needed to sponsor and field a team. Other parties were now securing sponsors and putting together teams………and we could now take a step back and invest club money into other women’s initiatives.