The Day The Big Hitters Came Out To Play 11 Oct 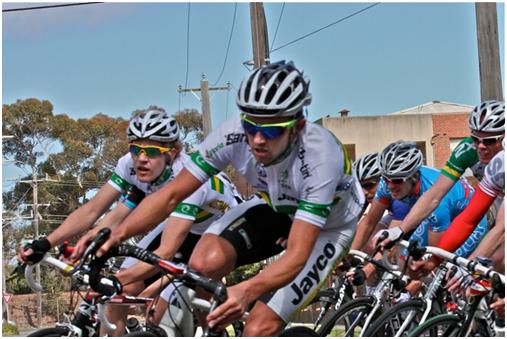 The SKCC crit season started off on fantastic note with massive fields across all grades and some heavy hitters coming out to race A Grade. The weather after days of rain cleared and showed us some beautiful rays of sunshine. The atmosphere was electric, the crowds were huge and the mood was joyous with everyone having a great time.

Unfortunately I can’t give an accurate race report because I was last wheel the whole day and saw nothing but a sea of riders ahead and would have got dropped if I didn’t have some red hot Envy wheels to get me through. However I was told that Chris Sayer from the Queens Men rode strong, Charles “Chucky” Howlett despite being in love and only training with his girlfriend was in every break, pushed every break and only just missed out on the win. Andrew Clarke rode superbly all day and only blew it on the last lap, Leigh Deluca is not only a party animal but is still an animal on the bike; he is a pleasure to watch. Steven Waite would attack his shadow if he could and Danny Cohen despite being 32 kilos rode like a monster. 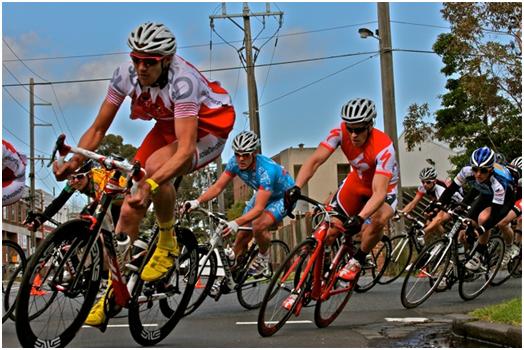 The story of the day was Rico Rogers is incredible, I saw him down the back with 2 laps to go and thought “why is he here, he’s got no chance today” then I found out he won easy with his arms in the air. Aaron Salisbury is going to be a big danger this year as he’s finally got a quality team around him. Aaron managed to take third with Jack Cummings 4th and Ross Mueller 5th. 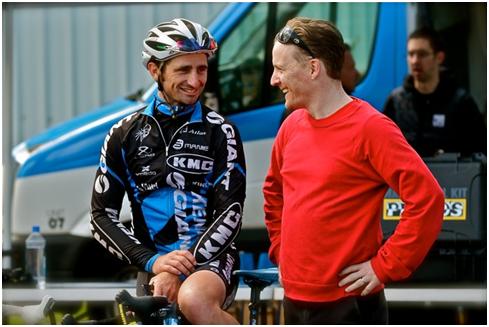 Men’s C Grade saw Jarrett Williams take the win ahead of Dale Martin with Ashrat Abdou 3rd and Matt Garrett 4th. Special mention to Chris Handley is was on or near the front for most of the day. Sam Watson rode a strong race but was disappointed with his effort so he rode out to the Dandenong’s to do a ton. Cost Chronis looked good and was never far from the action.

Men’s D Grade saw Caulfield Carnegie’s Calvin Hull take a strong win ahead of Stephen Austen with Bradley Erikson powering home for third. Simon Cannington looked strong and menacing and showed a win is only around the corner for him. Southern Hoax’s big hitter Heath Christie showed he’s had a big winter and his stay in C grade will be short lived as a win is imminent for this powerhouse. John Kelly despite not coming to terms with the Saints horrible season managed to stay on the pace for the whole day.

E Grade saw 20 riders take up the challenge of racing with Shaun Sutcliffe taking a gutsy win ahead of the fast finishing Edward Vine. Samantha Tarticcic looked good in her first race for the year.

Men’s B Grade: Today’s B grade crit opener had a great field with almost 50 riders hitting the starting line. There was a great mix of riders comprising the regular mix of teams including Becoz and Canard, a variety of different club kits and the usual shop kits. With the sound of everyone clipping in, we were off on the first lap but it took until for the 3rd lap for the pace really to wind up.

There was going to be no chance of a breakaway succeeding today with the bunch chasing down every attempt that threatened to get away. By the halfway mark, the pace had slowed down into a nice rhythm before the last few final attempts of a breakaway. Of course these were not successful and everyone left settled in for a bunch sprint. The final ramp up started at the 50 minute mark and kept gradually increasing all the way to the finish. On the final lap, the pace kicked up with everyone jostling for position taking up the entire width of the track but it was Alistair Donohoe from Quick Cycle proving to quick taking the win over Noel Tanner (SKCC) and Meng Ang (Singapore).

Overall, a great day of racing without a drop of rain in the sky. 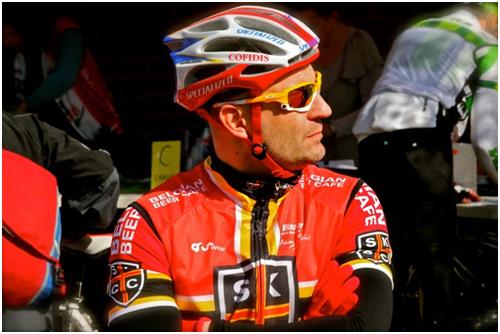 Women’s A grade: There was a great turn out for the first SKCC Women’s Crit of the season! 20 each in A & B, all keen to blow the cobwebs out of their crit legs.

A grade had a few of the local big name teams in SKCC, Prime Estate and RACE, and several individuals, many looking to have a good hit out leading in to the upcoming Masters Nationals and Honda Women’s Tour. The pace was on from the outset, with many attacks, each one being brought back rather quickly. The only notable breakaway was formed about half way through with new RACE member Kate Finegan, Justyna from SKCC, Naomi/Ren from Prime Estate, and Amy Bradley from Total Rush.

They held a lead for several laps, however although the right teams were represented, the individual racers including Carly Williams & Ingrid Trotter were keen to bring things back together. At the 5 minutes to go plus 3laps mark, a solo attempt from the in-form Alison Raaymakers looked threatening, however it wasn’t to be.

All the usual suspects were active, with Nicole Whitburn proving sprinters don’t need to sit in to win a race – going on the attack multiple times, as well as Sarah Riley from RACE, everyone was keen to win the first race back and knew they had to get away from ‘The Goddess of Thunder’ to do so! Hannah ‘Montana’ Vine, just back from 4months partying her way across Europe, was always in the mix too, but just decided to sit in to get the race legs back before no doubt dominating in the coming weeks.

Coming down to the final lap and everything was still together until Bec ‘Renshaw’s got nothing on me’ Locke did the ultimate lead out for Whitburn, gapping the rest of the field. Nicole took the win, and Bec held on for 3rd, with gutsy Kate Finegan of RACE managing to overcome Bec for 2nd.