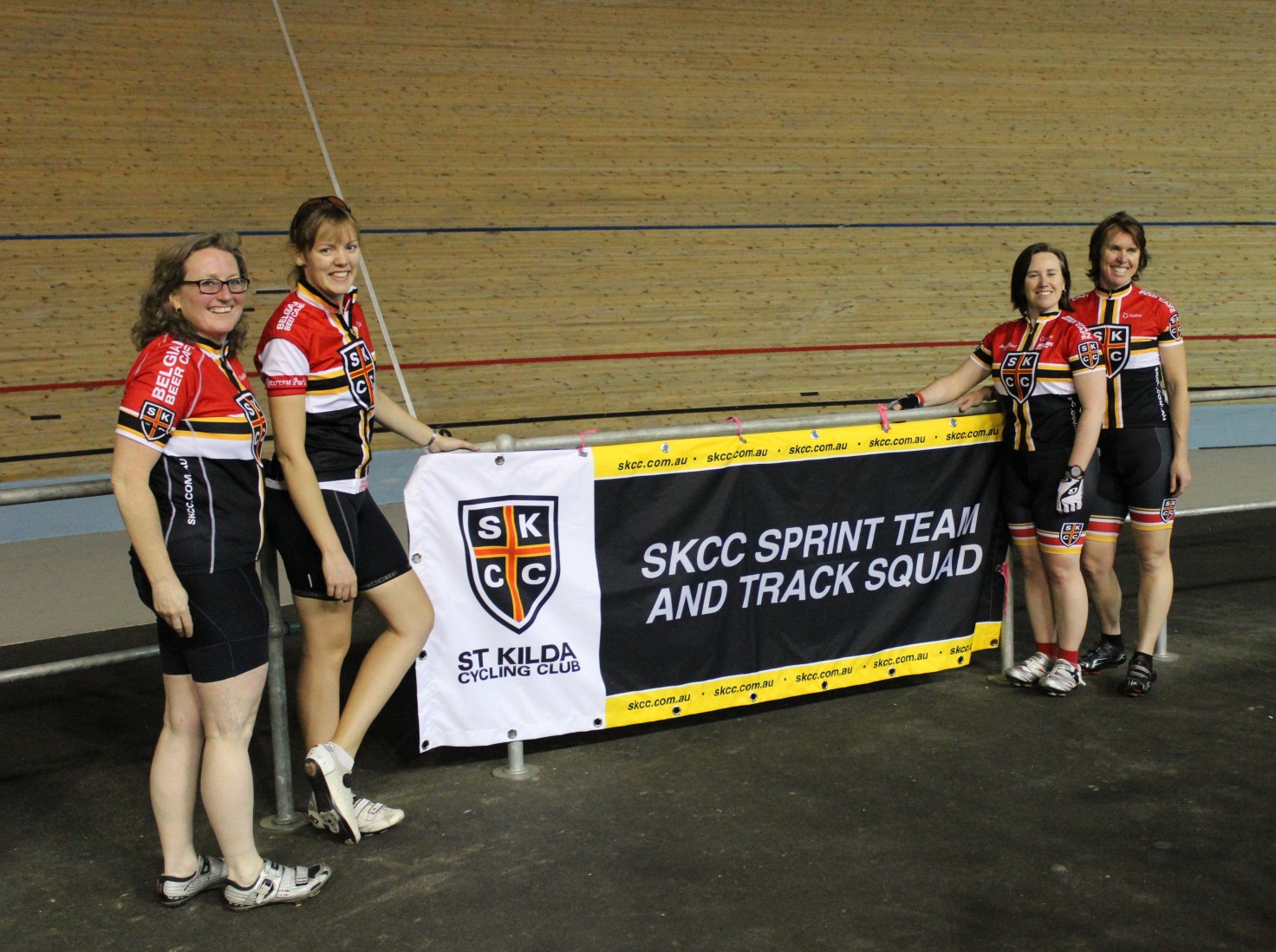 Our SKCC women line up on the fence at Disc waiting to be called out to the next race.

Remember – Victorian Senior Club Championship are on the 18th January 2014. It’s the big one, the race the squad have been training for. If you want to be part of these titles you need to attend the above training sessions and practice your race skill/drills with your race team. Teams will begin to be formed over the next 2-4 weeks.

Above – Kieran Racing last month at Disc and is back again on the 21st September. If you are not racing (all SKCC track riders should be) then come down to Disc and support the SKCC track riders. Racing starts at 4.30pm and should concludes around 9.00pm 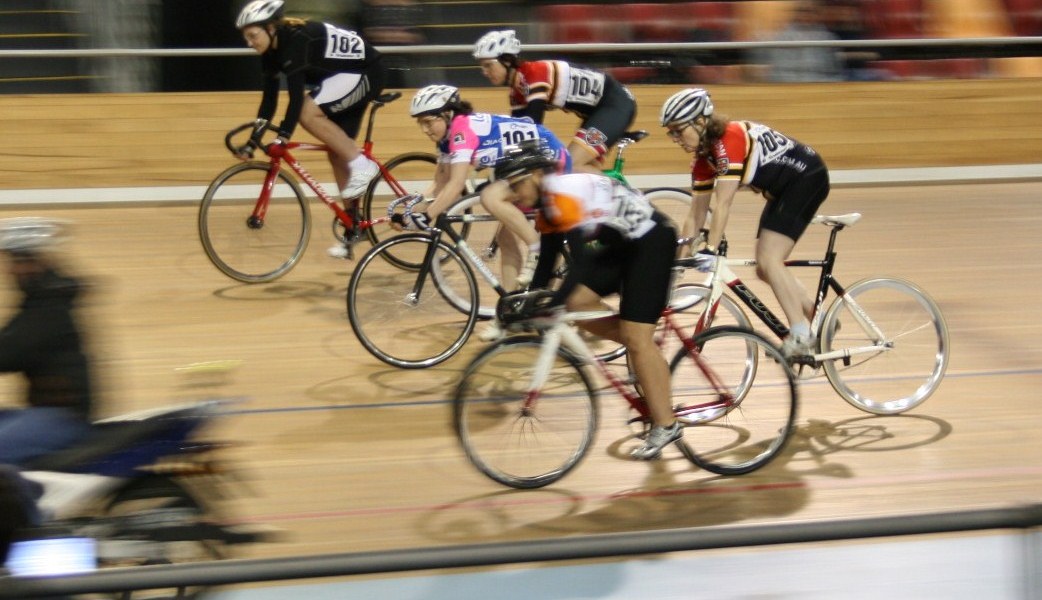 Above – The women jump away very quickly to get on the back of the motor bike in the Kieran race. Being low on the track is and advantage to get to the motor bike first. Second wheel is the preferred spot and that’s exactly where the SKCC rider No105 positions herself.

The only place to warm up on the track before racing is on the rollers. The track is generally closed before races, so warming up is difficult before these events that’s when the rollers come out. So dust the rollers off and get them out as the summers racing calendar has been release and it’s a packed 2013-2014 season of track racing.

The SKCC committee is right behind the track cyclist and with the support of the track committee will be identifying many summer track races the squad will be attending.