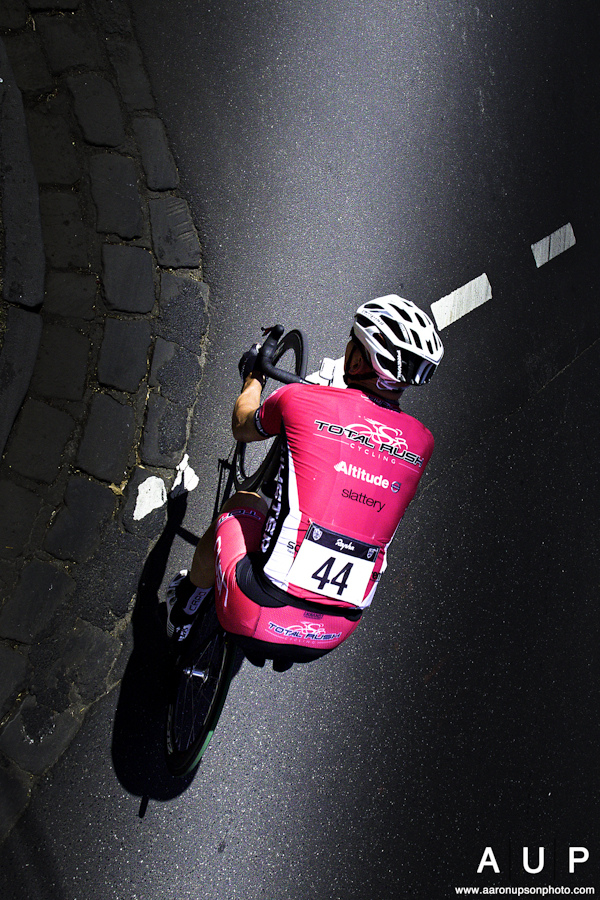 Dave Kelly (Total Rush) on his way to the win in Men’s A Grade
(Photo: Aaron Upson – check him out here)

With more than half of the Melbourne cycling community either in Noosa or up in Bright over the weekend, many suspected it to be an “easy” day to try and get one of those coveted podium positions. Alas, this was not to be, with strong fields lining up across most grades.
Despite the threat of showers, the rain held off; unless you volunteered or hung around and experienced a 5 minute period of rain similar to that which Noah and his Ark encountered.

E Grade Open was the first to kick off the day in the early morning session, with Shule Going taking the win ahead of Paul Mogford. Due to the small race entries, Women’s B and Women’s C combined to race together. Women’s B was taken out in fantastic style by Kate Perry, producing a performance similar to her namesake, with Suzy Barrett taking out second place. Kara Richards took out the Women’s C win from the combined field.
C Grade Men were next up, and with that came a brilliant race, taken out by Matt Newton, ahead of Nathan Wood and Paul Speed. Matt’s win is his second of the season and B Grade could be beckoning for the Phoenix Team rider.
In Men’s D Grade, a massive field of 47 braced the possibility of rain and the cool conditions to get amongst it. The hotly contested race resulted in Gordon Kenneway taking the win, with Vei Phoon and Michael Popkiss rounding out the podium.
Women A only had four starters, so they decided to show the A Grade Men a thing or two and race with them. With the likes of Shannon Johnson (CMDDT), Drapac Professional Cycling duo Pat Drapac and Will Walker (Drapac Professional Cycling) and Dave Kelly (Total Rush) in the race anyone who thought it may be easy probably wished they went out for breakfast instead. The attacks started early with Neil Robinson (Total Rush) hitting the bunch on Lap 1. With numerous attempts at a breakaway, Dave Kelly and Will Walker got a 30+ second lead up on the bunch and this increased as they ensured first and second belonged to them. With third place up for grabs in a sprint finish, it was little surprise Shannon Johnson clicked on his natural NOS system and blew the field away to finish off the podium.
Bridie O’Donnell rode strong all day and was happy to let the Men know how she felt, taking out Women A with Nicole McNamara taking second place.

For a top look at the weekends racing, check out this great video from Tom Reynolds http://vimeo.com/78451528

See you all next week!!! 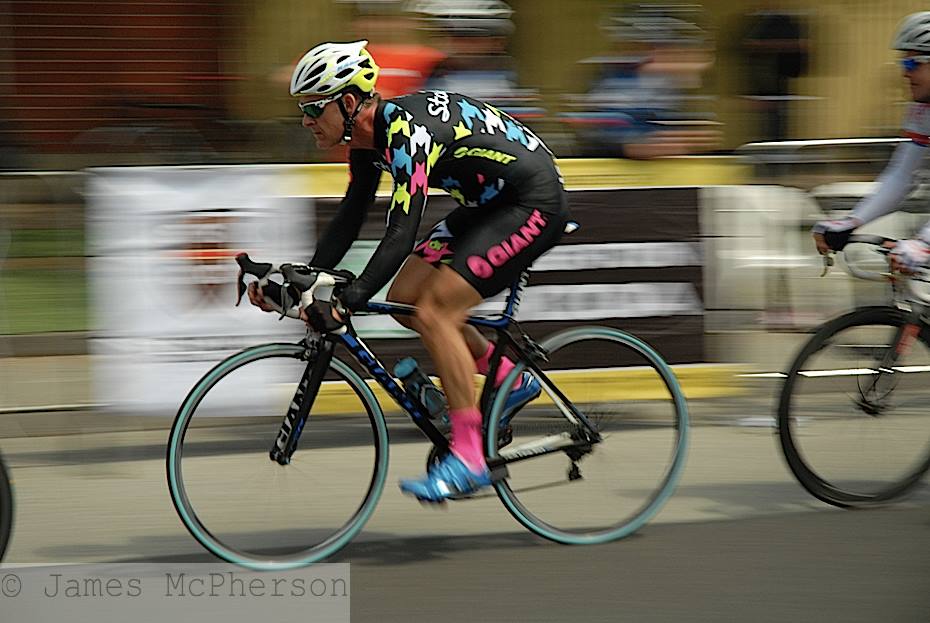 Stu Hill (StayTrue Giant) was strong all day – those kickr sessions during work are paying off.
Photo: James McPherson 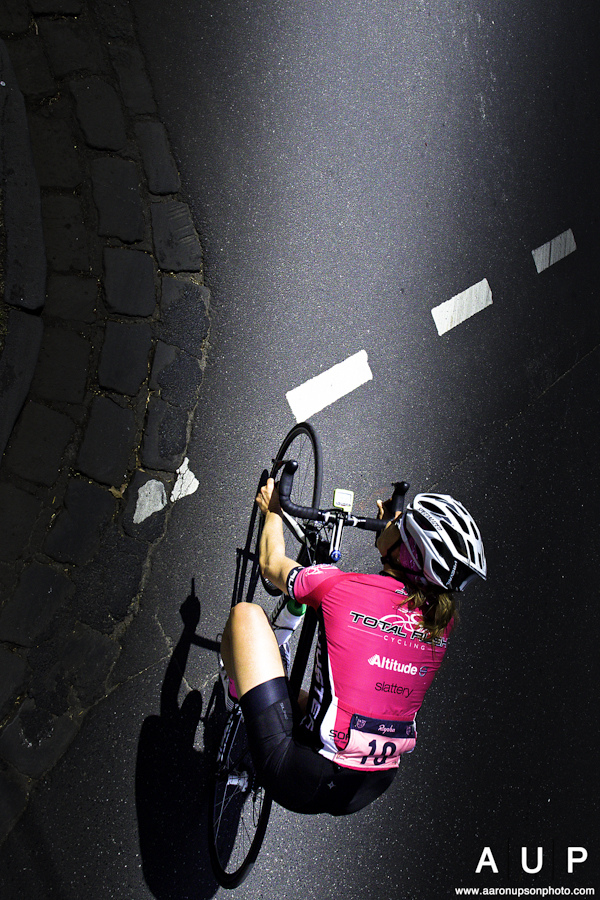 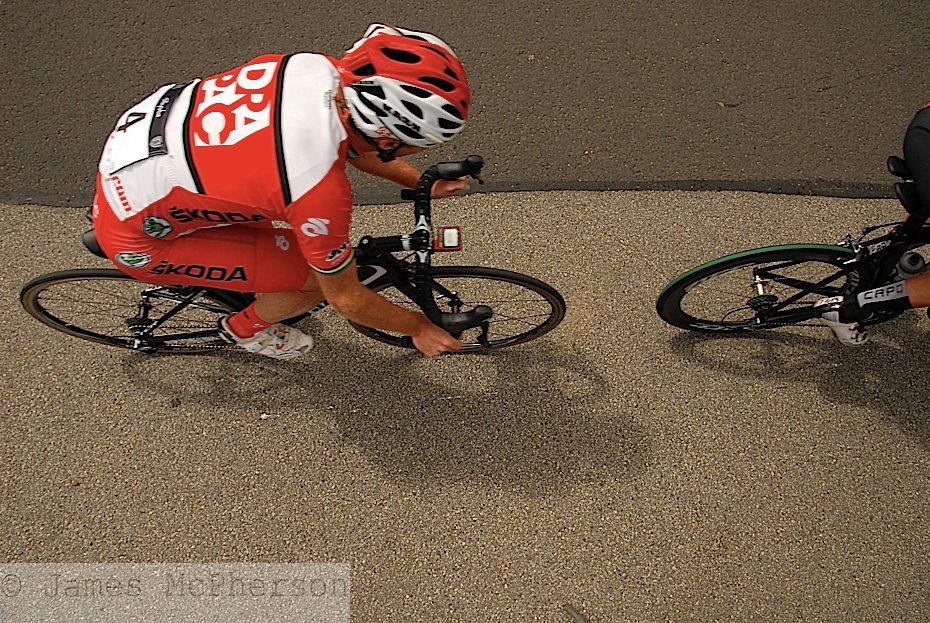 Will Walker (Drapac Professional Cycling) was the other half of the winning break.
Photo: James McPherson