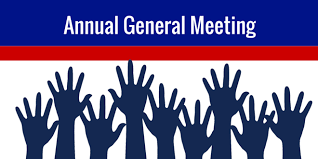 It’s that time of the year again for the St Kilda Cycling Club’s Annual General Meeting!!

And in true SKCC style we’ll be turning this into a social event by holding an awards night immediately after the AGM!!

The formal notice of meeting can be found here.

This year will be the 18th year since the inception of the club, and we’re sure you’ll agree that the club has been blessed with some committed and forward thinking Committee members over that time.

As you will be aware the St Kilda Cycling Club is run by volunteer members for members.

If you feel it’s time to give something back to the club and help shape it’s future, consider joining the SKCC Committee or a Sub-Committee.

The club also requires a certain percentage of members to attend the AGM, either in person or via proxy, for the meeting to be considered valid.
So if you can’t make it on the night download a proxy form here and send it in via the method indicated below, or give it to a friend to bring on the night.

If you’re considering nominating for the SKCC Committee and would like to discuss a role further, you can email current Race Director Evan Rolton.
Evan has nominated for SKCC President for the 17/18 Committee year and is looking forward to building an enthusiastic team!

Nominations & Proxy votes can be submitted as follows:
Via email to info@skcc.com.au
Via post to PO Box 420, Elwood VIC 3184

All Committee roles fall vacant as of the date of the AGM, with some Committee members retiring, and some re-nominating as follows: