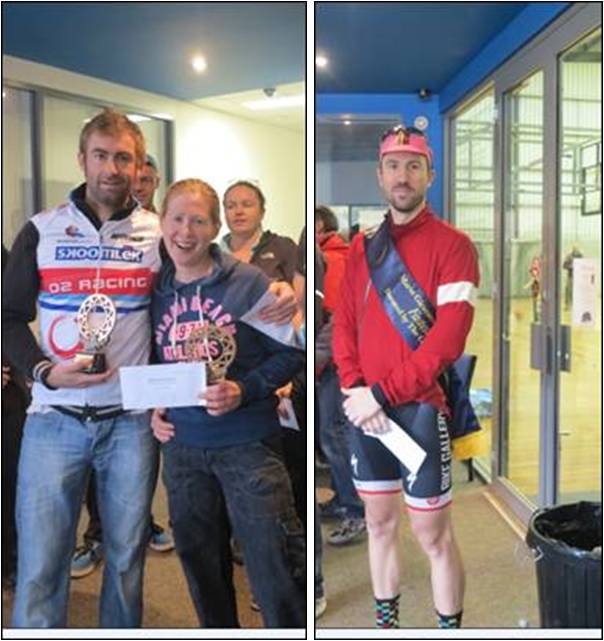 Race 7 of the Northern Combine Calendar was run last Saturday as a 100km Handicap hosted by the Coburg Cycling Club on the well known Carlsruhe West course. The weather gods decided to remind us all that the 1st June was officially the first day of Winter by turning on the water tap and leaving it on, with intermittent drizzle occasionally turning into consistent rain. It was a windless day but the temperature didn’t rise above 11 degrees. Racing was in doubt until around 9.30am as the Chief Commissaire drove the course to check visibility, not from rain, but from the notorious Woodend fog. Fortunately the fog lifted enough for racing to commence at the slightly later time of 10:15am.

Many hardy SKCC souls raced with some success as the photo’s show.