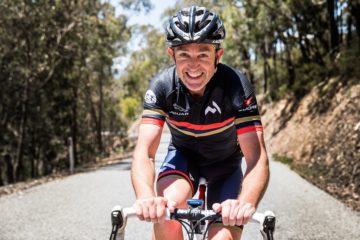 Last year SKCC and the greater cycling community lost one of the most positive, friendly, encouraging and all round gentlemen anyone could ever hope to meet. Peter lost his fight to cancer but his impact on many people especially those at the St Kilda Cycling Club will never be lost. On the 3rd of December – A Grade races (men and women) will include the “Boltsy” Sprint Criterium. As many know Peter was a very cagey and clever sprinter so it’s quite fitting that we honour his memory in a Sprint event. We thank Jeff Provan and NEOMETRO for supporting this event to honour Peters memory. The winner of the final sprint in Men’s A Grade & Women’s A Grade (ie: line honours) will have their names engraved on the “Boltsy” Memorial Shield. How does it work ?