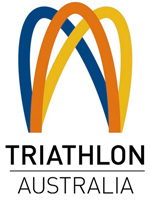 SKCC member Karen Hill headed to Canberra on the weekend to compete in the Canberra edition of the Australian duathlon series (5km run/30km ride/2.5km run).

The race start was split up, with females under 50 going off 4 minutes before the guys under 50. The girls set a cracking pace at the start, but I was determined to  race my own race and not get caught up in the frantic start. It paid off, as a few of the front runners started to tire, I was able to reel a few in. Coming out of T1 and onto the bike I was in 6th place.

The bike was 3 laps of an undulating course with a slight head wind in one direction. The course was  hillier than I expected, which was to my advantage. I could see where the girls in front of me were and I slowly picked them off. I was able to push the hills and head wind hard and really capitalise on the tail wind. By the second lap I had made up 3 places and was feeling strong so kept on powering along to catch the girl in 2nd place by the start of the 3rd lap. By the end of the 3rd lap I had caught first place and we came into T2 together.

The Canberra local was too strong on the last run and was able to take the overall female win. I came in 2nd female and won my age group. This was a good result considering I couldn’t train all week due to an infected blister on my little toe and my foot not fitting into any shoes until the Friday. I figured if my foot could fit in my shoe I should be right race.