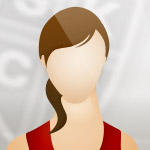 It’s been a sharp learning curve since I invested in a road bike for the first time six months ago. After competing for Australia in Track and Field (800, 4x400m), an achilles injury forced me to give up running and find a new passion. I decided to enter the cycling world and find out what all the fuss was about.

It’s been easy to fall in love with cycling, although I’m a little disappointed that sleeveless jerseys are considered unacceptable ! I’ve spent the last six months feeling a bit like a fish out of water – falling over at traffic lights when forgetting to unclip, descending the 1:20 for the first time with my hands hard on the brakes, unable to take a drink at the crits for fear of causing an accident, and even breaking the heart of my coach Stuart McKenzie by asking “who’s Eddie Merckx ?!?” But since my first race down at St Kilda Cycling Club’s Criterium circuit back in October I’ve noticed changes in myself every week. I’m even managing to train in the morning, a rarity in track and field. There is no doubt that cycling is challenging me to be a stronger, toucher, braver athlete. Now as a member of the St Kilda Cycling Women’s Race Team I have the chance to develop even further. At Buninyong back in January I was bitterly disappointed to be listed in the results with a DNF beside my name. I have no doubt that it will be a different story next year, and I’m proud to be wearing the blue, black and white in 2012 as I progress towards what I hope will be a long and successful career in cycling.

Hobbies off the Bike: Coffee, brunching and lunching, anything and everything related to food and drink.

Training in the High Country over the XMAS/NY Break

Goals on the bike:

Win a national series race in Australia, compete for a professional team in USA or Europe, represent Australia in Rio 2016.

When I’m not riding I can be seen…

Anywhere north of the river.