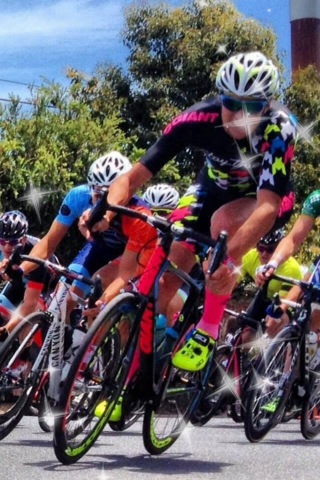 This week’s member interview is with Lee “Hollywood” Turner: SKCC President, who really doesn’t need to ride with a light on his bike because he rides with enough bling to blind all road users on Beach road.  He rides with a light though to follow the road laws but is concerned about the amount of weight it adds to his Giant Propel.  His Riding performances are not measured in watts, but in lumens.  Martyn Taylor (MT, or Paddles8) brings you an insight into our club president!

MT:  Why did you get into cycling?
Hollywood:
I fell in love with cycling about 15 years ago when I was playing footy where I wanted to do something in the off-season to keep fit.  I didn’t want to get fat like my mates who had stopped playing and were   going to the TAB, drinking. When I stopped playing footy, cycling became my number 1 sport.

MT:  What advice do you have for existing and new members, on how to go about improving your cycling?
Hollywood:
Dress Code is the most critical factor:
Socks 2 finger lengths below your calves.
Sunglasses must be worn on the outside of your helmet straps.
Jersey and Knicks MUST be matching.

You must dress smart and sharp… If you’re going to go out the back ( getting dropped by the group in a race or on a bunch ride *ed) at least look good doing it.

Everyone starts somewhere… I remember when I first started riding, I was riding from beach road to Mt Eliza, it was  a 38°C  day so I rode with just my bib shorts on, no jersey, bare chested and very comfortable; I couldn’t figure out why I was getting so many comments..I was mortified, were my pecs too small? Was my chest too hairy? Maybe beach road just wasn’t ready for me yet? 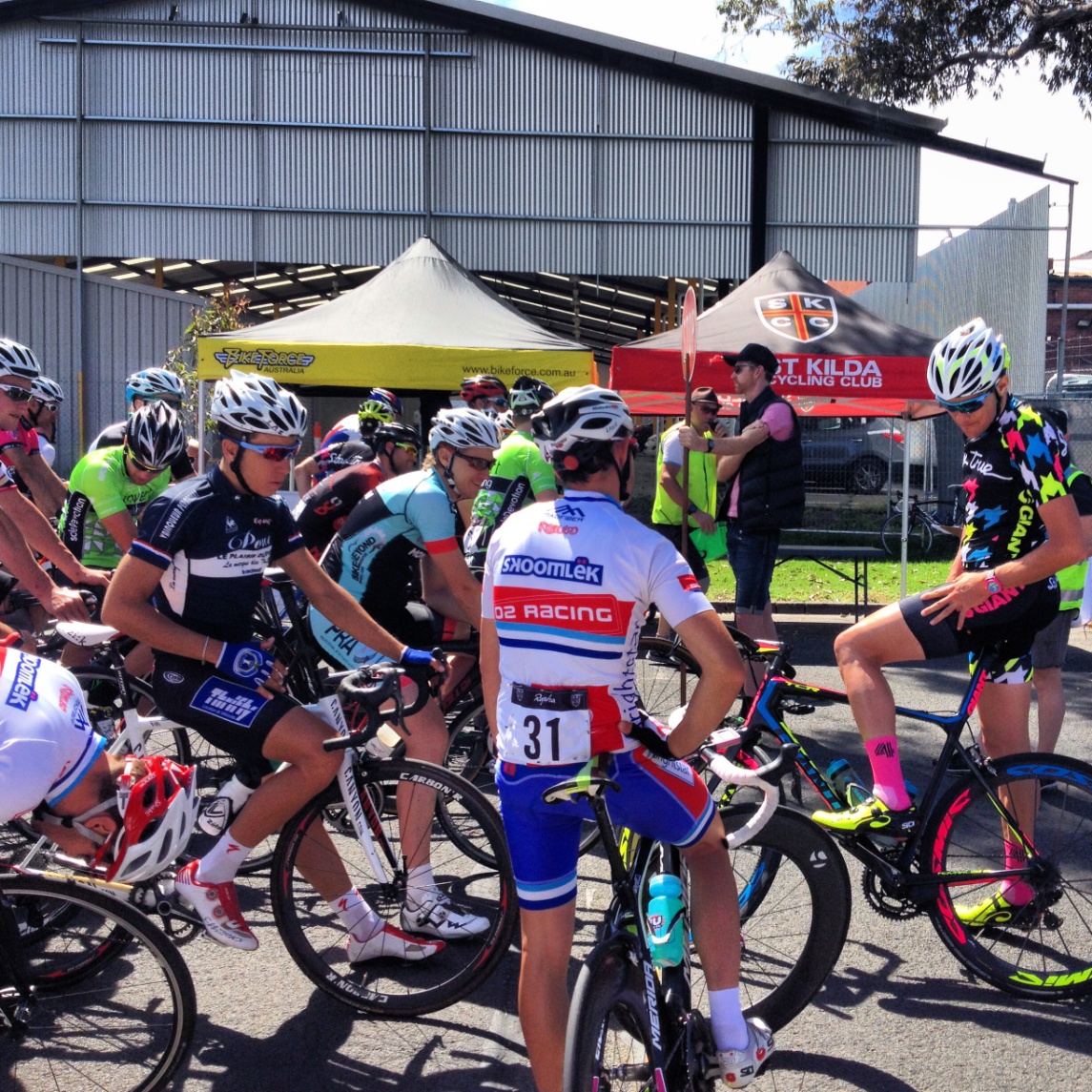 Hollywood:
Just before I started going out with Alison; we went for a ride up to the Dandenongs and we sat at the top of the 1 in 20 and spoke more than 4 hours and it felt like 5 minutes; I’ll never forget that day- it was beautiful!
( Did Alison get a word in? *ed)

MT: Speaking of other beautiful things in your life, what was your first bike?

Hollywood:
Giant OCR2; I had it for only 6 months when I was hit by a car, so I upgraded to the top of the range at the time; The  Giant ONCE, which I was in love with at the time.

http://www.google.com.au/url?sa=t&rct=j&q=&esrc=s&source=video&cd=1&ved=0CBwQtwIwAA&url=http%3A%2F%2Fwww.youtube.com%2Fwatch%3Fv%3D7TemxKzx0Is&ei=DjQDVLfXMY7kuQTNkoCwAQ&usg=AFQjCNFFm3CGNWOHMIsJDWTiT-JTb7Shxw&bvm=bv.74115972,d.c2E&cad=rja (Possibly what Hollywood dreamed of every night at the time ed*)

MT: How many bikes do you have now?

Hollywood:
3: A TCR, one Propel and one trinity- because I’m doing an ironman and needed a TT. 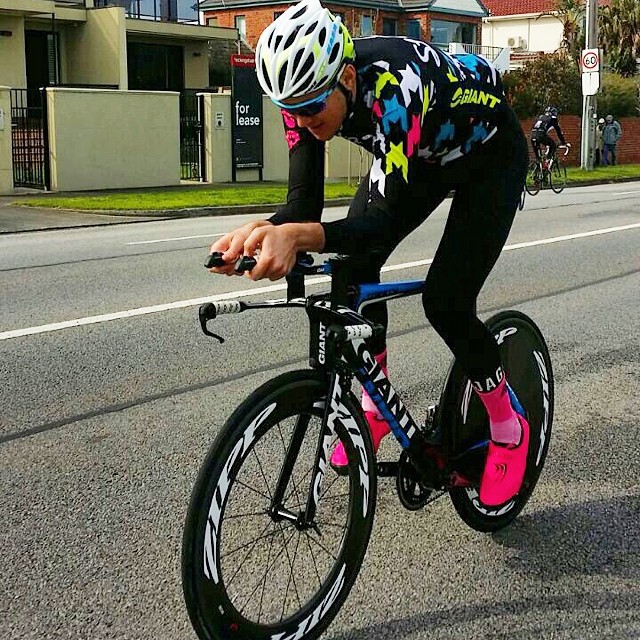 Leon at Promotion looks after me

Hollywood: It’s kinda like asking ‘who’s your favourite child’… probably the Propel suits me the most because I’m a big guy- I’m 188cm and 88kg’s, but then I’ll ride the TCR and feel how beautiful that is; they’re both great bikes.

MT: Disc brakes on your bike and SRAM Electronic gearing?

Hollywood:…. I’d rather walk… No seriously when the UCI allow Disc brakes , it will be a natural progression.

Hollywood:.. yeah I’m waiting on that…Actually my very first race was in C-Grade at Glenvale and I won that. Then the next week I raced B-Grade and was fourth in that. Then I stopped racing there and was racing at St Kilda and won a couple of B-Grades at St Kilda and I remember Dennis Bowen-Day saying racing B-Grade at St Kilda was like racing D-Grade at Carnegie/ Caulfield Cycling Club
( CCCC). So I and all my team mates went to Glenvale (CCCC) the next week, and I won B-Grade at Glenvale; next time I saw Dennis I laughed and said “ hey Glenvale is easy!”

MT: You’re now in a team called “StayTrue Racing”, how did that start?

Hollywood: It basically started with Malachi and Jarrod and Simon Moody; there were a few guys riding in the Degani Kit and Mal knew Paul; the guy who owned Nacional. Paul provided sponsorship so we could get a kit. We were all riding Pinarellos so we all pretty much had the same bikes. So our first team was Nacional, then that grew to Sole Devotion, then the team evolved to “StayTrue Racing”. Giant Bikes then came on board… and the rest is history!

The name of the team pretty much comes from Jarrod and Malachi- “Stay true” is tattooed on Mal’s hands and encapsulates the team’s philosophy of staying true to yourself.

MT: What was your first job?

Hollywood: Paper Boy, then I was at McDonalds; Crew Member of The Month April 1992. I did a retail traineeship with Coles-Myer where I had to work every Saturday, Friday nights, Sundays; I couldn’t play football and used to cry going in to work and dream of working in an office job 9-5, which I accomplished when I was 21. I then worked hard and worked my way up to where I am now.

MT: What are your goals for the SKCC Club as President?

Hollywood: It has so many talented Committee members driving its future that as President I can act as a central/ focal point for the Club’s continued growth and success; providing leadership. It’s very dynamic, the Club is growing and there is a great member base that we can link into and utilize to drive that.

MT: What is one thing that people may not know about you?

Hollywood: That time I exposed myself on Jerry Springer?