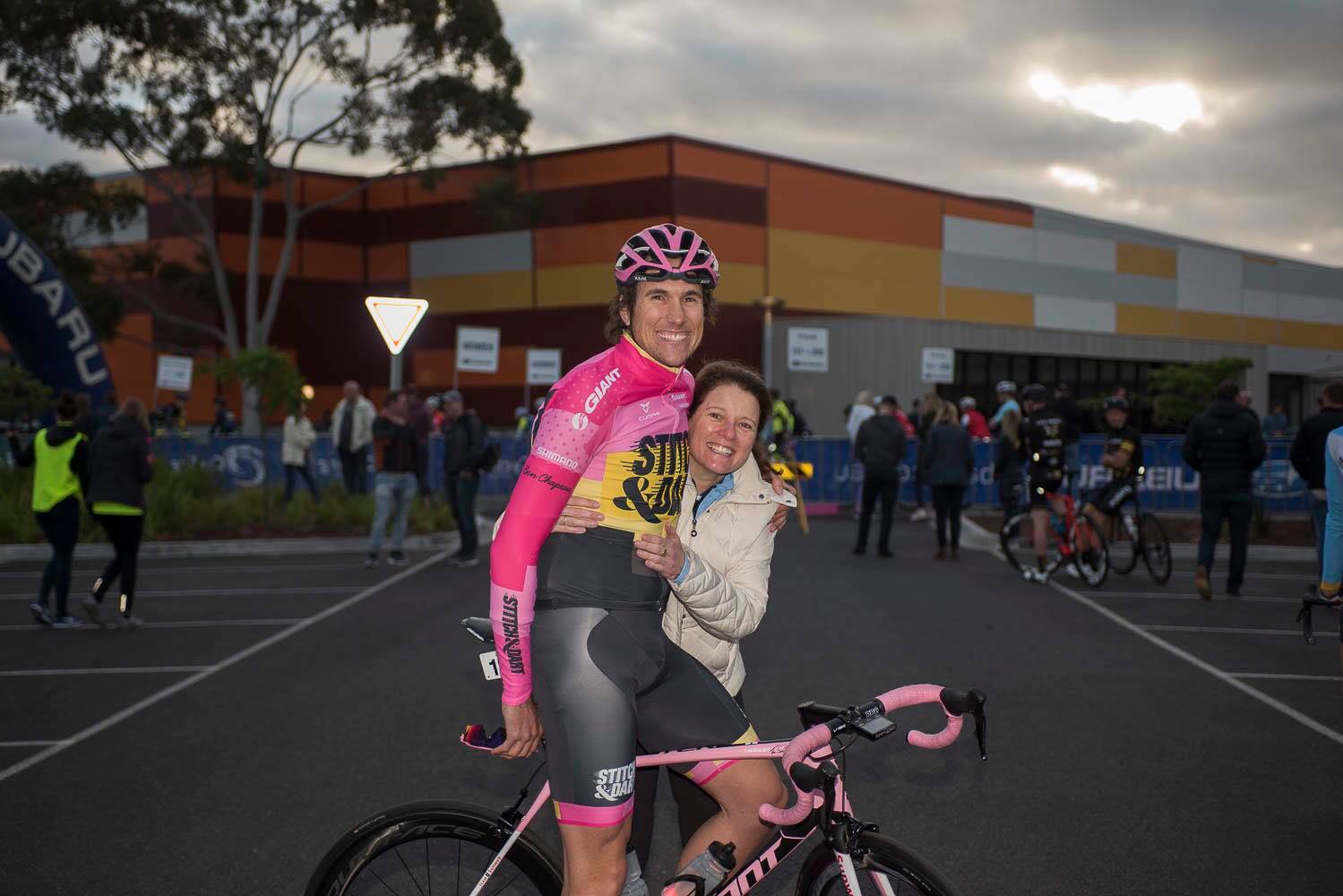 This was my third Melbourne to Warrnambool, but it was different to the two I had previously finished. Different because I had a teammate who had a legitimate shot at winning, different because I started the year with two broken wrists and then influenza two weeks before the race, and finally because the weather was nice for the first time!

For me, the journey of getting to the start line is always fun. Long training rides with friends, the feeling of getting stronger through the winter and the excitement as the event draws closer.

The day started off well, I was relaxed and turned up to the race in my pajamas feeling like I had 90% gotten over my flu. The first 10kms of the race were the worst. Even though I started on the front row it’s hard to maintain your position in the neutral zone because every rider wants to be near the front. I am lucky that I know a lot of people and I can move pretty easily through the bunch without much resistance.

As always, there was a crash in the neutral zone, I could hear it close behind me, that horrible noise all cyclists know and dread was as loud! When the flag finally dropped it was full gas until the break got away. When the break finally got away the pace didn’t really let up, and there was another crash and this time I got caught up in it. I avoided going over the bars, but ended up off the road with guys ploughing into the back of me and all our bikes caught up and twisted together.

I thought it was all over. I was gone. I was isolated, with a couple of others with the bunch gone doing 50 plus kph up the road. I tried to chase and I was going backwards, then one guy came through and was driving it so hard I was fighting to hang on, then he had help from another. I could not contribute to the chase because I was on my limit. Finally, after what seemed like an eternity, we made it to the convoy, then back into the peloton. I had dodged a bullet and I was back in and safe.

I didn’t take the first feed, I didn’t need to and I missed the second one but was not overly concerned but luckily my team mate, Gordon, grabbed it from my partner Ali and gave it to me down the road. I really, really struggle to eat when I’m on the bike, and had already had an episode earlier when I choked trying to eat and had to get a push from within the bunch.

Rolling in the bunch was stressful but fun, it’s just like a big long training ride. My team mates were all in the bunch and sitting comfortably. I knew the KOM was going to be a challenge for me.

I got dropped on the first one but descended like a maniac and got back on, but then the second one started and I just couldn’t hang on and had burned too many matches earlier after being caught up in the crash.

Once dropped I was with a small group of 6 that grew to 20, after they put up a valiant effort to chase to get back on. Tim Decker was an animal and worked hard to try to get us back. I was so cooked I was unable to contribute.

We made it to the finish as the first bunch behind the winners, and I was thrilled to learn my team mate Tommy Nankervis finished third!! I was nearly crying because I know how hard he worked. Congratulations to the winner Nathan Elliott who I know well. His ride was incredible and amazing. What a tough and gutsy rider.

After vowing to never do it again, when I woke up the next day and had a team debrief, I was considering doing it again to try and help Tommy go two steps better.

Thanks to all the volunteers who make it happen and to the Police who did a sterling job with their traffic management.