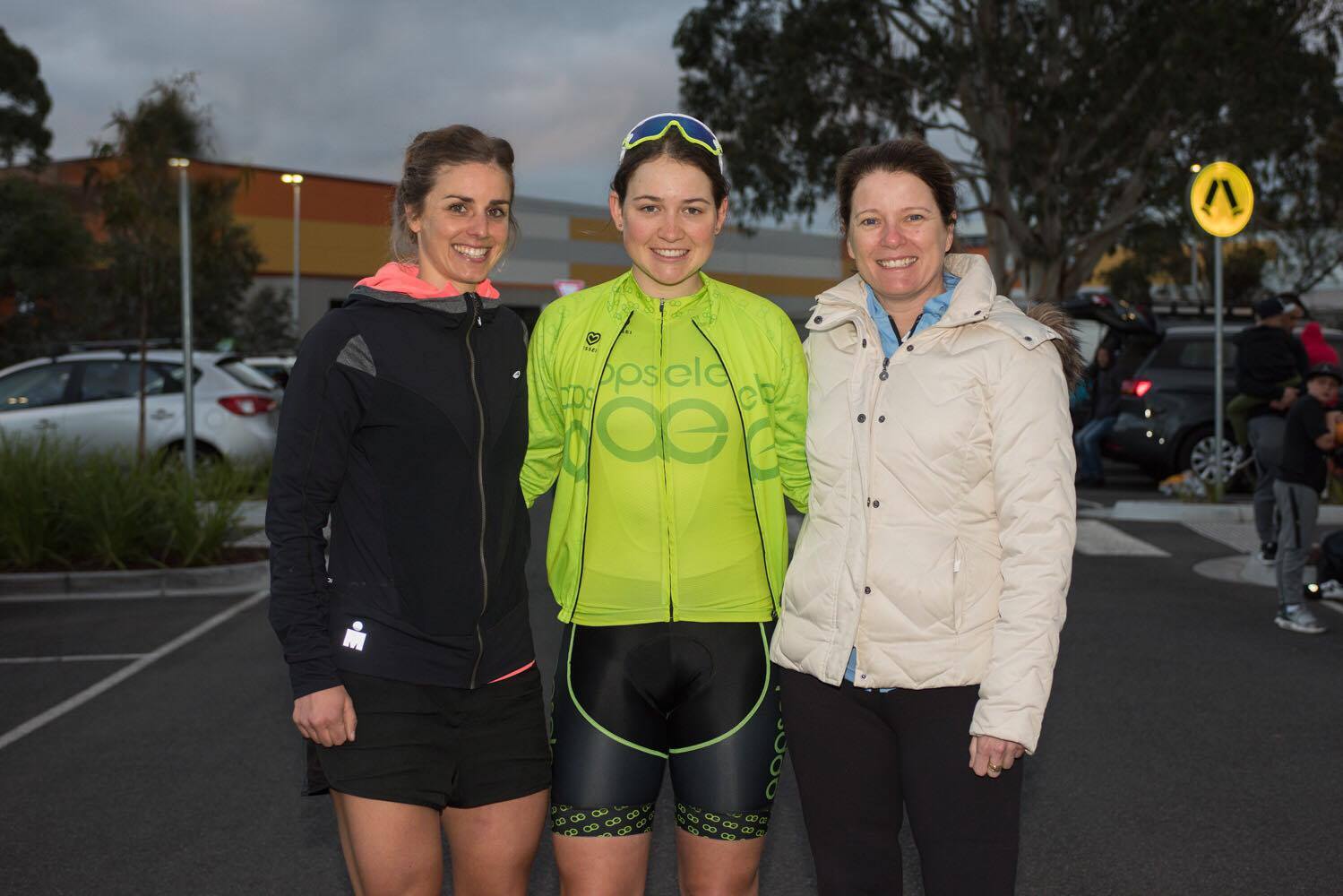 Deciding to enter the “Warny” didn’t seem like a big deal to me. Knowing other women had completed the race, logically I thought “well why not me too?”

The morning got off to a rough start; even before the race started with two crashes in the neutral zone. The second crash occurred at 800m and I only just managed to stop in time and was the first to keep my bike upright. Unclipping before the race had even started was not part of the plan and certainly got the heart rate going. After a lot of stop start with the neutral car braking and accelerating, the race was finally underway.

A few km’s travelling at 50km/hr and the inevitable crash occurred once again. I was lucky to avoid the carnage, however the bunch of 200 was split to pieces. I tried to chase back to the peloton that had now formed, but realised it was a bigger task than first thought. Eventually I jumped on a group with Kate Perry and several others, but only 20km into the race I knew we were in trouble.

From all accounts, it was a very quick start to the race, with the peloton not happy to let a break go for a long time. This was evident in the strength of the breakaway, by time it had formed only the strongest could get it going.

The group split while this happened and despite averaging over 35km/hr, we were all pulled just before the second (156km) feed zone, as the gap between us and the main peloton (who were holding over 42km/hr) was deemed too great. I had said I would not give up, however I knew the police set the rules for a reason and the commissaries are only following them. Knowing I was one of only 3 women left on the road I was left with a very bitter taste being made to stop, but knew it was out of my control.

There is always luck involved in racing and sometimes it’s just not your day. The Melbourne to Warrnambool is a race that deserves immense respect, and I’m sure there will be another chance to redeem myself.

So to let’s move on to the elephant in the room, should women race the “Warny”?

When I was first asked this I was confused as to why it was even a question. Women have completed the race previously, so why would there be an issue?

It was put to me that you have 200 people (including a bunch of B, C and D grade men), racing at speeds they don’t usually race at, in a bunch far greater in size. This certainly creates a dangerous environment, one that some believe is too dangerous for women. Going into this race I was well aware of the high risk of crashing, however I can’t say I expected more than three before the 10km mark!

Although only one female managed to finish this year, it doesn’t discourage me from the idea of taking part in years to come. Different conditions and race tactics mean every year the outcomes will vary, it is just a matter of weighing up the risks of crashing and potentially ruining your chances in other races to train specifically for the Warny.

Some suggest a handicap and others suggest a shorter women’s option. I’m not totally against the idea of a handicap, but as for a shorter distance I believe the Melbourne To Warrnambool is a race of 280km not 200, so I don’t love the idea of skipping out and not doing the full distance. At the same time the idea of not making it to the second half of the race again is not one I’d like to think about, but I guess that’s all part of the challenge. This year the race has been run and won and it only makes me more determined to go back and deal with this unfinished business in the future.

Thank you very much to all who supported me on the day and to SKCC for providing the opportunity to voice my opinion about this epic one-day race.