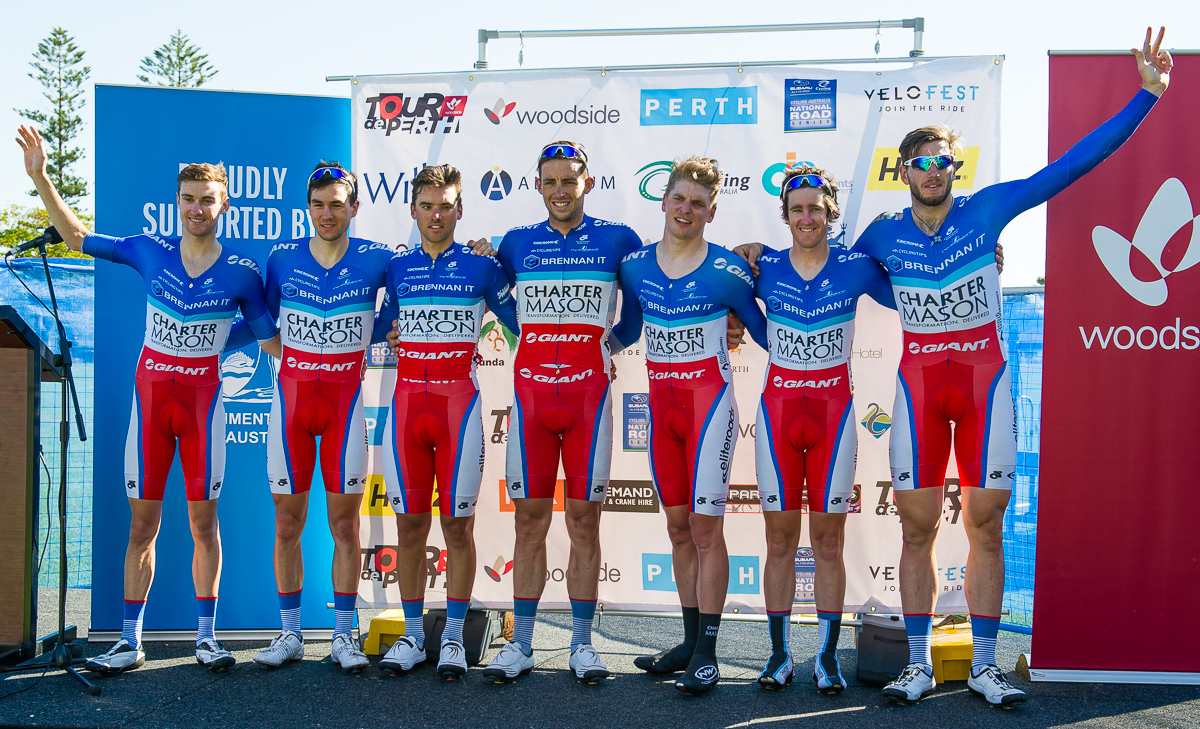 CharterMason Giant Racing (Powered by Brennan IT) have returned from the first round of the National Road Series in Western Australia on a high having posted the team’s best ever results.

From the opening prologue on Thursday night, where newly crowned Australian Eliminator MTB Champion Paul van der Ploeg took the win, it was clear the team had gelled well and were hungry to improve on last year’s Perth results.

For team owner Leigh Parsons, this result is the culmination of a huge off season:
“For our leadership group of Damo Harris (DS), Tom Reynolds (Media and Marketing), Andy Richardson (Technical Director) and me, this is most gratifying. We’ve worked hard to secure the continuing support of our major sponsors while welcoming a raft of new ones. We purchased a property and have built a Service Course to serve as a home base for the team here in Melbourne. With thanks to the generous support of our sponsors, we are now scaling up and raising our expectations.”

“The results this weekend have been awesome and I want to congratulate Damo and the boys. We’ve known that Vandy was going to go close in teh prologue, but seeing Raph back from Germany and back on the podium was briliant. But for me, the greatest satisfaction was seeing Cromey win. He’s been with aus a while and rewarded that faith shown in him. Just terrific. And we are not done – before the team even arrived back in Melbourne, we were already looking at ways to improve for the next NRS round in Adelaide.”

Damo Harris: “Words alone cannot express the how proud I am of the lads. Winning three of the four stages was satisfying on its own. To have won the teams classification and come away as the number one team in the NRS is proof we are heading the right way. Yes, it’s round one, so we know there is a lot of racing to come…”

Sam Crome: Winner stage 3, leader NRS series: “I have the best team mates! Such a proud week for everyone involved to make this happen. Winning stage three was unbelievable… I thought I was in trouble big time when I crashed hard on the descent early on but my brothers got around and supported me. On the final stage the boys guided me around and made this possible. Now onto Adelaide! “

The team have a short turn around for the Jayco Adelaide Tour which will run from April 9 – 12.