This week Jim Noutsis, affectionately known as Jimmy, “Noutta” and “The Kook”, signed Café Racer on as an SKCC Café Sponsor. Clearly a favourite café for Melbourne cyclists, SKCC is proud to once again be partnered with a café steeped in cycling history!

Café Racer was originally opened in 1995 by Danny Colls, to cater to the motorcycle enthusiast. During the late 1990s, the café grew into a cycling enthusiasts’ hangout, and some of our most illustrious members (Jeff Provan, Snake, Mark Stoner, Mike Van Niekerk, to name a few) frequented the venue. Jimmy remembers the beginnings of SKCC, over 15 years ago, when the boys began talking about starting a cycling club. About the same time, Danny decided to get some pro-cyclists, the likes of McEwen, Cookie, Whitey, Davis and a bunch of internationals, together for a race on Beach Road. This was a partnered event between Café Racer, Mazda and SKCC. The event was televised on Channel 10 and SBS, and commentated by Mike Tomalaris, Matt Tilly, and Matt Keenan. 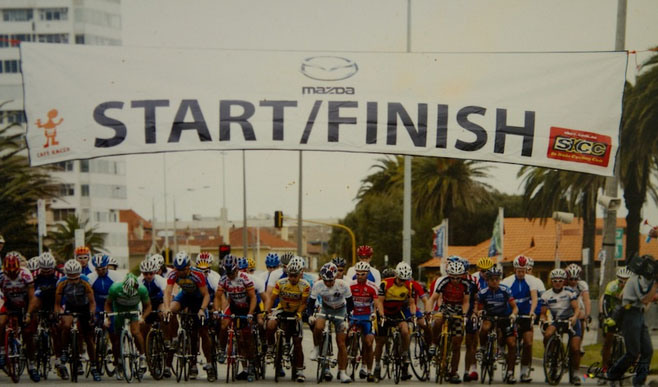 For more history on Café Racer, check out www.cyclingtips.com.au. Then; in early February 2014, after changing hands a number of times, the café was sold to Jimmy, a fanatical cyclist and 9-time Iron Man whose sole purpose has been in restoring Café Racer to its former glory and its rightful place in the Australian cycling scene. Traditionally the start location for all SKCC club rides, SKCC riders will now finish at Café Racer for coffee, breakfast and of course the calorie conscious Cronut! 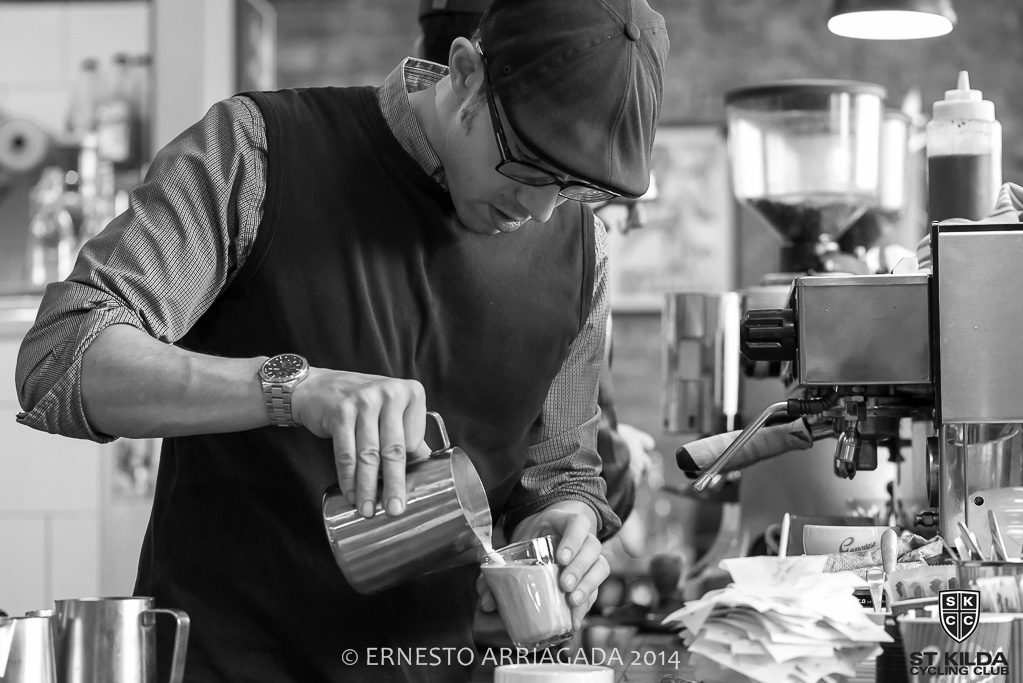