And the Club Champions are… 12 Apr

After 6 months of brilliant racing, the 2012/13 crit racing season came to an end on Sunday in front of a bumper crowd under clear blue skies.

The opening race of the day was a bunch start to decide the club champions in Men’s Masters 4/5 and 6 as well as the Junior champ.

Adam McGillivray was always in control in the Junior ranks and was a worthy winner after months slogging it out with the big kids throughout the season. 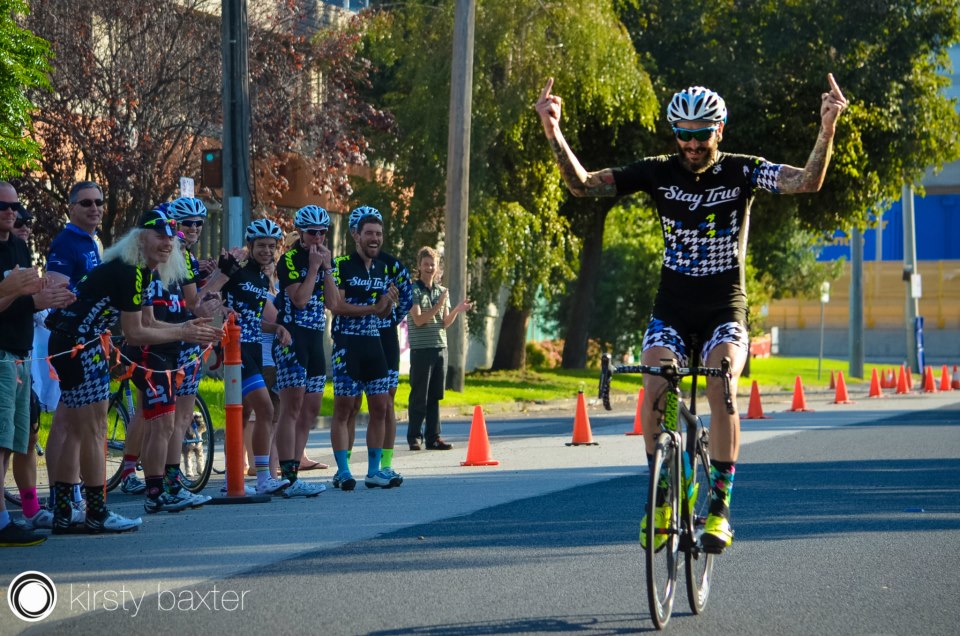 In the ‘more experienced’ men’s category, Malachi Moxon gradually wore down several break away compatriots to ride out the last few laps solo and notch up an emphatic victory in Masters 4/5, with ample time to salute his team and the skies above as he crossed the line. It was then a bunch sprint to the line to sort out the new Master’s 6 champion with Brad Speller once again doing enough to have his name etched on the trophy. 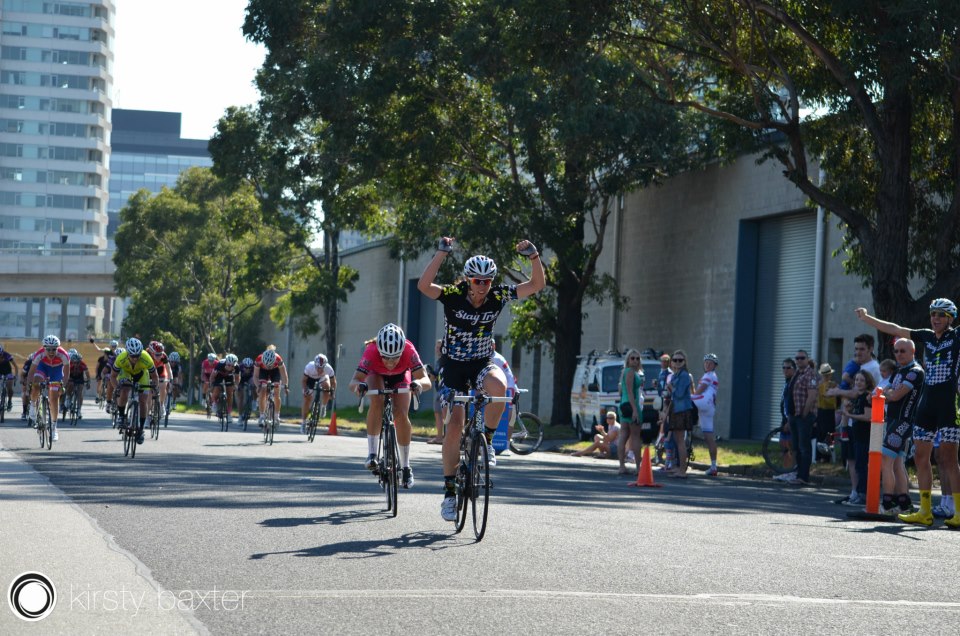 The Women’s Club Championship then got underway which included Women’s Masters 2/3 plus Masters 4/5 and it became evident from early on that a close eye was going to be kept on any break away attempts. The crowd may have expected Bridie O’Donnell to make a solo break in an attempt to avoid a sprint showdown with Jenny MacPherson but this never eventuated. And so it did result in a bunch sprint finish that Jenny took out with Bridie hot on her heels, with Nadine Crane not too far behind rounding out what would be the podium for both the Women’s Club Champion and Women’s Master’s 2/3 categories. Renee Nutbean bolted across the line to take out the Masters 4/5 title. 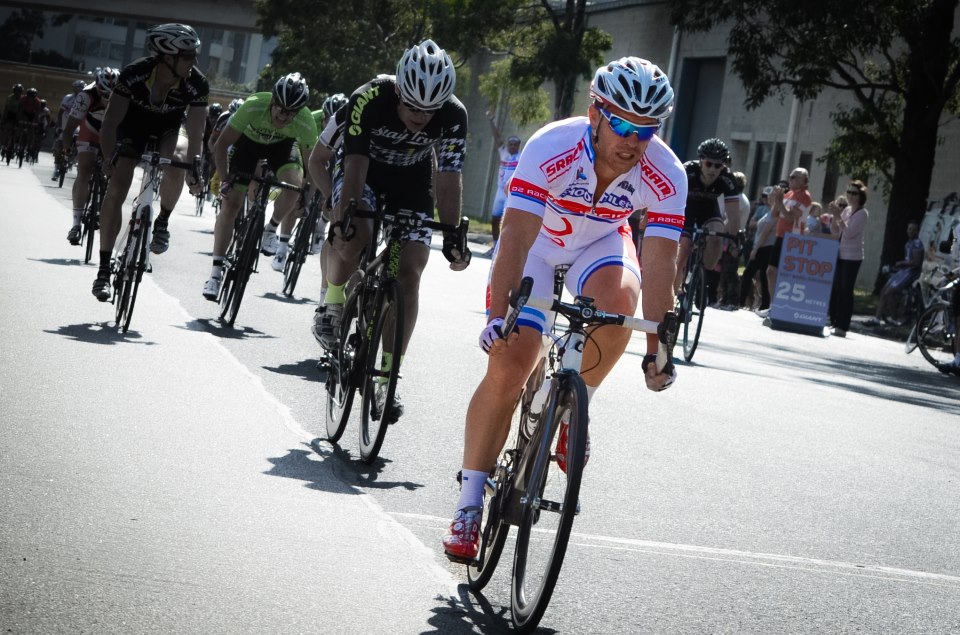 The Men’s Club Championship and Masters 2/3 were the final race of the day and any attempts at a breakaway were shut down very quickly. The Stay True and Invert Racing boys were busy throughout the race with O2 keeping a reasonably low profile. As the race entered the final few laps the O2 crew massaged their way into a more formidable looking group at the pointy end and as they started the bell lap many on the sidelines felt the race was O2’s to lose. As they came bursting around the final corner David Loakes emerged from the bunch and gradually edged away to take a text book win from Stuart Hill and Sean Hanneberry.  The three were not only the Men’s Club Champions but also the Master 2/3 champions.

A fantastic days racing and very worthy club champions across all the categories – congratulations to all.

A huge thank you must go to Adrian Vlok (SKCC Race Director), John Kelly (SKCC Race Committee), Gaelene Snelling (Registration Desk & Coordinator of Everything), Jon Flood (SKCC Race Administrator), Julie O’Brien (Club Admin), Brad Speller & Rene Bueman (Handicappers), Michael Ibrahim (Soul Kitchen), Rob Crowe (Ridewiser), plus all the Commissaires and Assistant Commissaires who volunteered their time this season, and lastly the
many SKCC members who performed their marshal duties – we couldn’t do it without you. 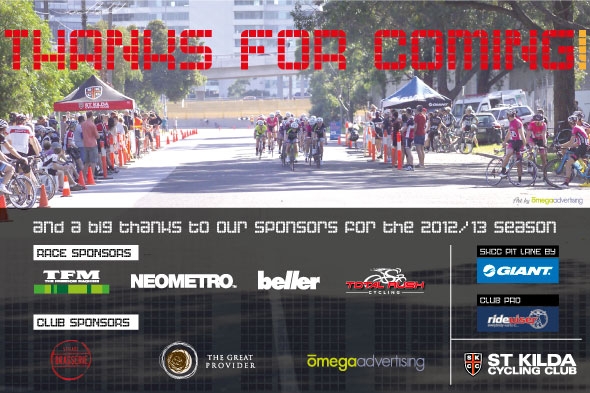 In addition, we thank all the club sponsors, notably race series sponsors Total Rush, TFM and Neometro / Beller for their phenomenal support – we look forward to welcoming  you back next season.