A The SKCC Club Road Championships have been run and won and not without the usual level of controversy.

As usual in the picturesque You Yangs region, the winds were up and less than friendly. The strongest riders were always destined to win with the risk of tornadoes and 600 kmh head winds when riders hit the finishing straight.

The day kicked off with Elite Men and Masters Men 2/3 – both torn to shreds during the gravel section. Rico Rogers, fresh off a great season racing for Baku Project, was joined by Stay True’s Lee “Hollywood” Turner (aboard his technicolour Giant) in the early break which lasted just under 15km. Hollywood’s teammate Nick Bensley saw his opportunity and joined Rico up the road in what would prove the decisive move. The two edged further in front with O2 Racing, Total Rush, CharterMason Drapac and Zoom Video Racing leading the charge to bring the two back. Chris Lee from Bike Gallery Lexus of Blackburn was in fine form throughout the day, but his race over on the final lap with a puncture in one of the disc wheels he decided to run!

The start of the second lap saw groups forming and riders withdrawing from the race, with the third and final lap following the same script.
The win was taken out by the ever strong Rico Rogers with Nick Bensley showing that a diet of Starbucks Iced Coffees and 1 litre mango smoothies gets you on the podium! Unfortunately, due to the behaviour of a few in the main field throughout the race, the chasing bunch was disqualified, a disappointing end to a hard race.

In the Elite Women’s race, Jenny MacPherson took out another title, adding to her SKCC Criterium Championship and her win in Masters Women at the National CycloCross Championships in August. J-Mac was pushed all the way with Tanya Matthewson closing in during the final few meters to only just miss out on the top step with an awesome performance. Rebecca Heath rounded out the podium with a commanding 3rd place. 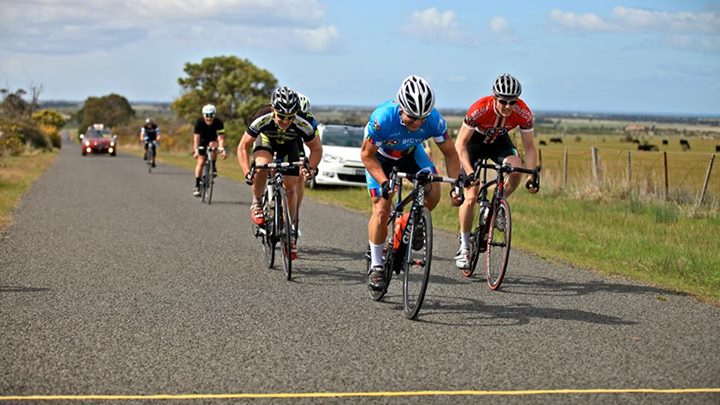 Peter Tzimas held off Peter Bolton for the sprint win for Masters Men 4/5 with Peter Hood taking out Masters Men 6+ with a top ride. Adam McGillivray picked up back to back road titles, for his final year as a junior – expect big things next year as he heads to the Andes on a secret training camp for 10 months. Dale Maizels rounded out the winners for the day, taking out the Masters Women 4/5.

Thanks to all who gave their time both setting up and during the race, as well as those who helped organise the race. Second last but not least a special mention to those on the BBQ – new Social Director Reese Masita and new Sponsorship Director Kate Fitzpatrick – the food was a welcome reward! And finally, congratulations to all our 2013 St.Kilda Road Race Champions. 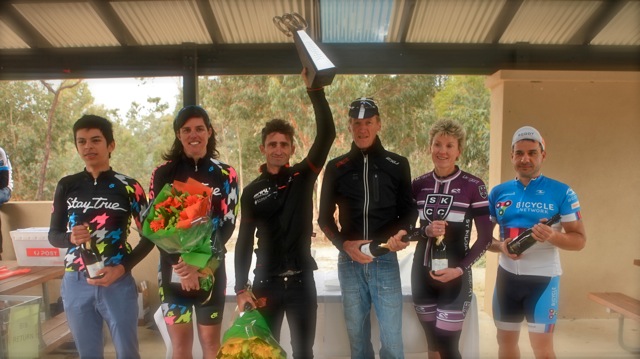